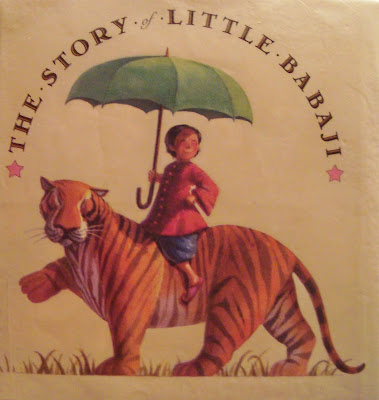 The background: the original title and illustrations of Helen Bannerman's late 19th century tale of a little boy's encounter with tigers was, due to circumstances beyond the control of the author or the children who enjoyed the book, impossible to maintain. 'Sambo' had become a racial slur, and the illustrations made many people uneasy. 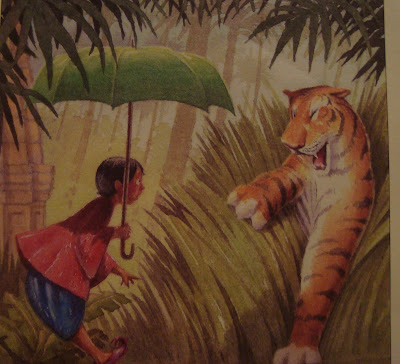 In this updating, the story remains, but the characters are given more authentic Indian names, and the illustrations have changed from that slightly scary coarseness of turn-of-the-century cartoons to the soft warmth of Marcellino's watercolors. 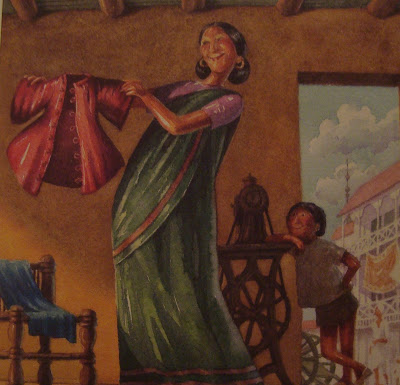 Bannerman was a Scottish woman who lived for many years in India, where all of her books are clearly set. The offense that surrounds them is due partly to undeniably alarming illustrations in early editions, but part of the problem must be laid at the feet of English writers born prior to 1980 and their habit of calling anyone with more pigmentation than a snowflake 'black,' and the confusion this creates when translated into American.